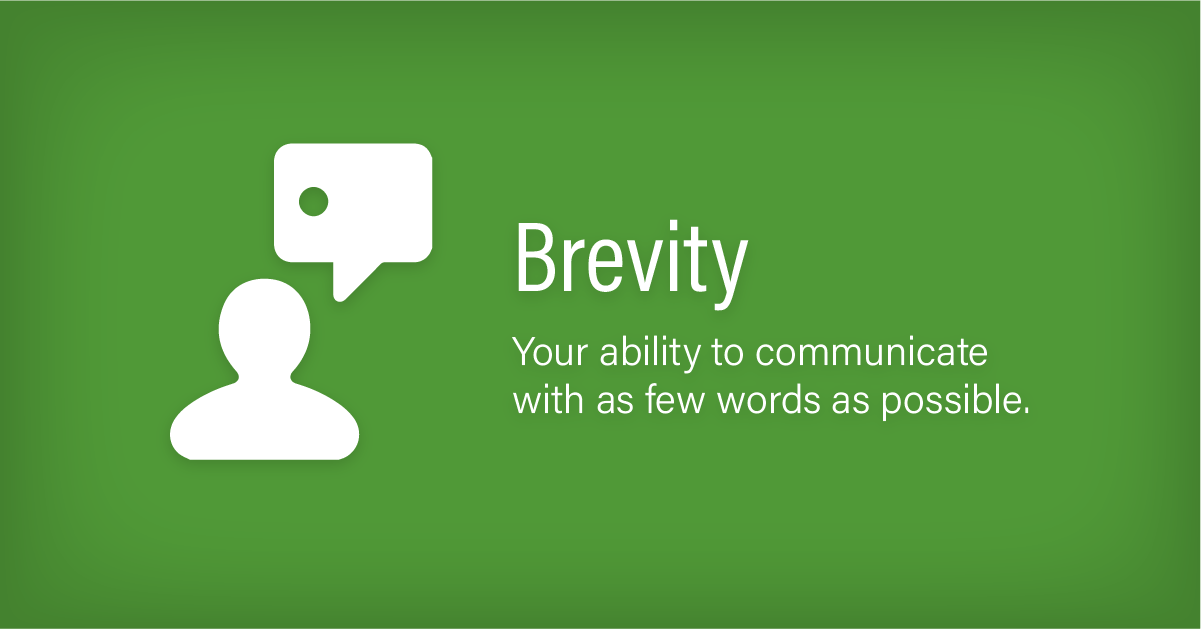 Computers will fail. People make mistakes. Important data disappears. Most of us know that each of these three-word sentences is true, yet it seems that very few of us have a process in place to ensure that, in the event of a hardware failure or human error, our important data is protected from oblivion. So much of our lives depend on the reliability — and existence — of our data. There is really no excuse to not have even a rudimentary backup plan in place.

Backups do not have to be expensive, nor do they need to be complicated. They do, however, need to be something we pay attention to.

One of the many traits that separates a junior developer from someone with a little more experience is how they approach the idea of a "bug report". Many younger or inexperienced developers will rush ahead to solve a problem — even if it's not a bug — in order to prove themselves. However, a lot of times there is no bug in the code but in the process. When this happens, the issue quickly turns into a "learning opportunity" where communication and collaboration is far more useful a skill than coding.

A "learning opportunity" can be defined in one of the following ways:

What's great about learning opportunities is that it offers a chance to communicate with people in a one-on-one fashion, build relationships, earn trust, and solve real problems. People who choose to rush ahead to simply solve a reported problem miss out on this crucial opportunity, which can result in some unfortunate consequences.

On yesterday's episode of Phoneboy Speaks, a question was asked:

For those who claim to care about energy usage and podcast, do you have any idea how much energy used in the production of and the listening to your podcast? Does anyone, really?

There is little chance that anyone could know for certain how much energy is used (or wasted) in the life cycle of a podcast given the complexities in calculating such a figure. Even a show with a single listener would have more variables to take into consideration than most people would be willing to handle. That said, this topic is coming up at an interesting time as social activists around the world emerge from the various COVID-19 lockdowns and gear up to, once again, claim there is a "climate emergency" on the horizon and we should all be more conscious of the impact our day-to-day habits have on the planet as a whole.

While the amount of energy that is consumed and/or wasted daily is something that we need to solve as a species, a lot of the stated expectations from the most vocal of activists will do little to curb the bulk of the issue. Believe it or not, the amount of electricity that is wasted in the home has gone down considerably over the last 25 years as we have moved towards LED lighting, flat-screen televisions, portable electronics, and better home insulation. Our cars are generally cleaner. We release much less heat into the atmosphere. Heck, most people even recycle without complaint1. If we, as humanity, are going to tackle energy consumption in any meaningful way, we need to do it not by shaming our neighbours for leaving lights on or recording long podcasts. Instead, we need to drastically alter our expectations of convenience.

For a lot of people who grew up in an economically prosperous nation and take full advantage of the modern world's offerings, be it ordering toilet paper on Amazon or sharing videos on social networks, this will be almost impossible.

The FSF Has Jumped the Shark

Earlier this week, to a lot of people's surprise, Richard Stallman announced his return to the Free Software Foundation, an organisation that he founded 30+ years ago and left in 2019. Given the reasons for his departure, people are naturally quite upset that he's back. An open letter was published demanding that Stallman be removed and that the entire board follow suit.

Here we are on Friday and things are not much better. The FSF has put out a generic "preliminary statement" on how they'll address governance going forward and RedHat has announced that they're suspending any funding and disassociating themselves from the organisation. Nobody will be surprised if Google, Microsoft, Mozilla, Apple, IBM, GitHub, Canonical, SUSE, and a bunch of other companies follow RedHat's lead over the weekend.

What's unfortunate is that the FSF has a lot of really smart, really hard-working people who will suffer the consequences of this for years to come, and the free software movement will need to find a better champion that can exemplify moral and ethical standpoints that define the mission.

This entire situation was easily avoidable.

Stephen Hawking's final book, Brief Answers to the Big Questions, tries to answer ten of the biggest ideas that people have struggled with or wondered over the last half century. From "Is there a God?" to "How do we shape the future?", he offers his thoughts in an easily-digestible manner that encourages further consideration and discussion. In this episode of Doubtfully Daily Matigo, I focus most of the time on just one of these: Will artificial intelligence outsmart us? 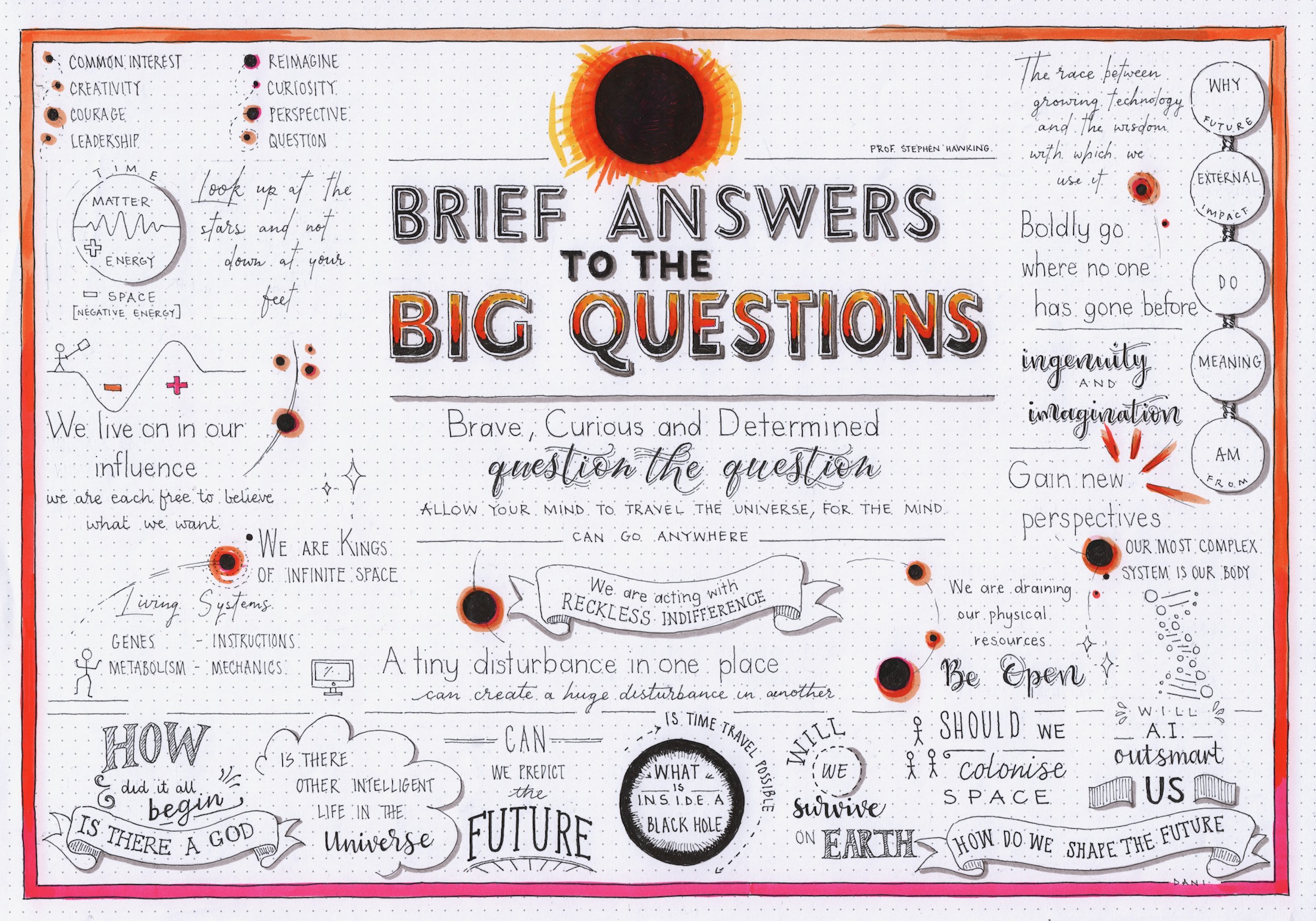 The short answer is "no" or, more accurately, "not anytime soon". There is a lot more to intelligence than being able to crunch numbers and humans are ideally positioned in the evolution of the universe to offer a lot of value beyond what a machine might provide. We, as a species, have a lot of future ahead of us so long as we, as a species, do not intentionally exterminate ourselves.

Wikipedia describes Seasonal Affective Disorder (SAD) as: a mood disorder subset in which people who have normal mental health throughout most of the year exhibit depressive symptoms at the same time each year, most commonly in winter. Common symptoms include sleeping too much and having little to no energy, and overeating. Given that the majority of the human race has been confined to our homes for the better part of 14 months, I would venture that we're all suffering from SAD to some degree. So, as the northern hemisphere of the planet begins to enter into spring, it seems that now would be an opportune time to get outside and enjoy so many of the things that we weren't permitted to last year. In Japan this means heading to the parks and rivers to enjoy the blossoming cherry trees with family. In other parts of the world it might be something else. Getting outdoors in the coming months, however, is going to be incredibly important if we are to shake off some of the isolation that defined 2020.

A lot of people have asked me how I solve problems over the last few years. This is an interesting question because it's one that I've struggled with at times as well. Some of the issues that we try to resolve can seem insurmountable given the obstacles that face us. However, thanks to lessons learned from people way smarter than I'll ever be, I do have a short list of steps to follow that allow for a more focussed effort:

For people wondering how these five items might be associated with The Most Valuable Things, consider these points:

Of course, it would also be good to remember these two as well:

The current project at the day job has been one of the longest exposures to the concept of scrums and sprints that exist as part of the "agile" development methodology. The basic premise of the scrum is to organise a development process that allows a team to move through the different project cycles faster in a predictable manner. However, my experience with scrum at the day job and with some clients over the years has often shown this to be an occasional side effect of the methodology rather than the rule. Does scrum incentivise the right behaviours? Does it actually lead to better development? Or is this just another distraction that replaces actual development time and team building with the micromanagement of little squares on Jira? 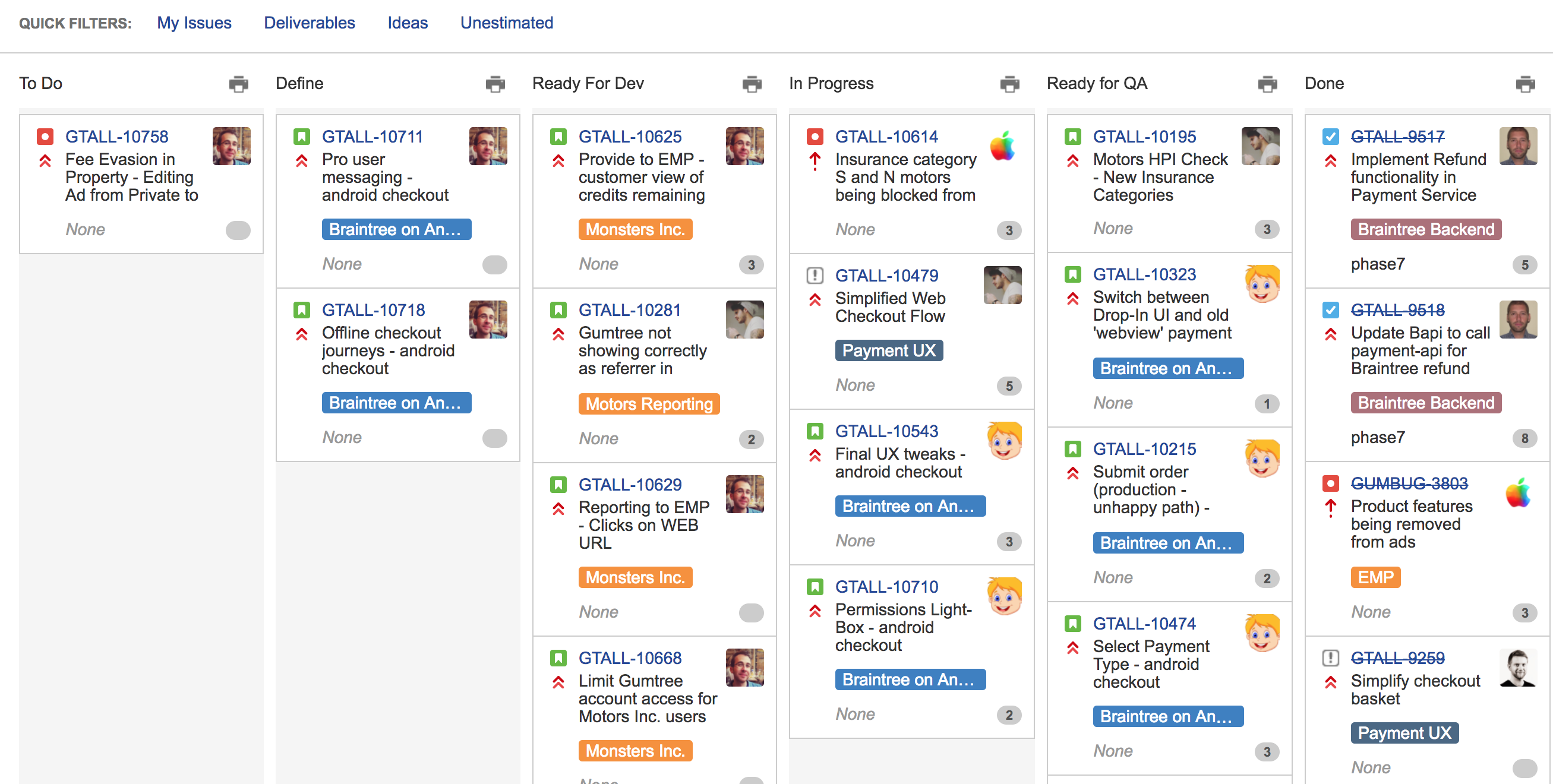 In this longer-than-necessary episode, I examine some of the pitfalls that I've experienced with scrum and "modern agile" development over the years and how this has often resulted in "worse" code.

Many years ago, Jordan Peterson shared 40 valuable things everyone should know to answer a question on Quora. While the applicability of these points will differ for everyone, there are sixteen of them that I tend to use on a daily basis at work and it has had a profound impact on the opportunities, privileges, and responsibilities that I have been able to assume. Some of these I learned at a young age. Others were learned much later in life.

In today's much longer than usual show, I outline these sixteen rules, why I use them, and how it might be useful for others to at least consider these very basic principles and how they might be applied elsewhere.

Question: What are the most valuable things everyone should know?

1. Tell the truth.
2. Do not do things that you hate.
4. Pursue what is meaningful, not what is expedient.
5. If you have to choose, be the one who does things, instead of the one who is seen to do things.
6. Pay attention.
7. Assume that the person you are listening to might know something you need to know. Listen to them hard enough so that they will share it with you.
11. Make at least one thing better every single place you go.
13. Do not allow yourself to become arrogant or resentful.
16. Work as hard as you possibly can on at least one thing and see what happens.
19. Do not carelessly denigrate social institutions or artistic achievement.
24. Nothing well done is insignificant.
25. Set your house in perfect order before you criticise the world.
27. Be precise in your speech.
33. Notice that opportunity lurks where responsibility has been abdicated.
37. Don't let bullies get away with it.

Thank you for listening.